This study is sponsored by the FDA Orphan Products Division, Tishcon Corp., & General Clinical Research Centers funded by the National Institutes of Health.

The study will help provide information to determine if Coenzyme Q10 (CoQ10) is a safe and effective treatment for children with mitochondrial diseases. There are no cures for mitochondrial diseases at this time. Treatments have sought to help reduce the symptoms or delay the progression of the disease. CoQ10 is a mitochondrial cofactor and antioxidant that is a part of the process by which food and oxygen are converted into energy by cells.

If your child is not eligible, that does not mean that he/she does not have a mitochondrial disorder, as there are many specific factors that are part of the selection process.

CoQ10 is a vitamin-like nutrient that plays a vital role in cellular energy production. It is also known as ubiquinone because its chemical structure is that of a quinone and it is ubiquitously distributed in nature. The USP refers to CoQ10 as Ubidecarenone.

CoQ10 was discovered by Dr. Frederick L. Crane at the University of Wisconsin in the late 1950s during his research on the biochemistry of the mitochondrial electron transport chain, also known as the respiratory chain.1 The pure substance isolated from beef heart mitochondria was sent to Dr. Karl Folkers at the pharmaceutical company Merck for identification and elucidation of its structure. It was designated coenzyme Q10 because of its quinone structure and the ten isoprene unit side chain. During the same time period, another group of scientists led by Dr. R. A. Morton in England isolated the same substance from mitochondria and named it ubiquinone because of its widespread occurrence in nature. The vital role of CoQ10 in the electron transport chain was first described by Dr. Peter Mitchell of England who was awarded the Nobel prize for his work.

What is the chemical nature of CoQ10?

The chemical structure of CoQ10, elucidated by Dr. Karl Folkers and his group, is 2,3-dimethoxy-5-methyl-6-decaprenyl-1,4-benzoquinone.2 The chemical identification number (called CAS #) assigned to ubiquinone is 303-98-0, and for ubiquinol (the reduced form of CoQ10) it is 992-78-9. The structures of ubiquinone and ubiquinol are shown below.

Learn More about CoQ10 at NutriLearn.com!

The Role of Coenzyme Q in Cellular Metabolism:
Current Biological and Clinical Aspects 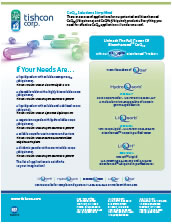 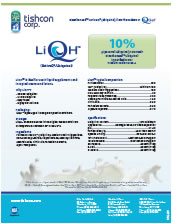 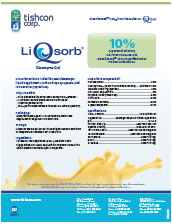 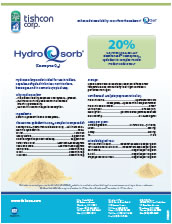 Looking to enhance your existing product line or create a new one?

The applications for the Q-Gel® product line have an extended reach. Tishcon Corp., one of the leaders in Coenzyme Q10 (CoQ10) research, education and contract manufacturing can provide all our products in bulkpacks or labeled in consumer packages to your specifications.